Scroll Down For More Info
 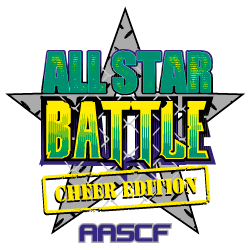 The AASCF All Star Battles held in SYDNEY NSW, GOLD COAST QLD and MELBOURNE VIC, have become the “MUST DO” events for cheer teams from across Australia due to teams get to compete twice at their designated Battle.

Many Cheer teams chose to compete at interstate Battles and make it their destination Championship for the year.  The ‘compete twice’ status makes it more viable coupled with the great depth of Cheer competition they are guaranteed.

(Friday dates are evening only)