Scroll Down For More Info 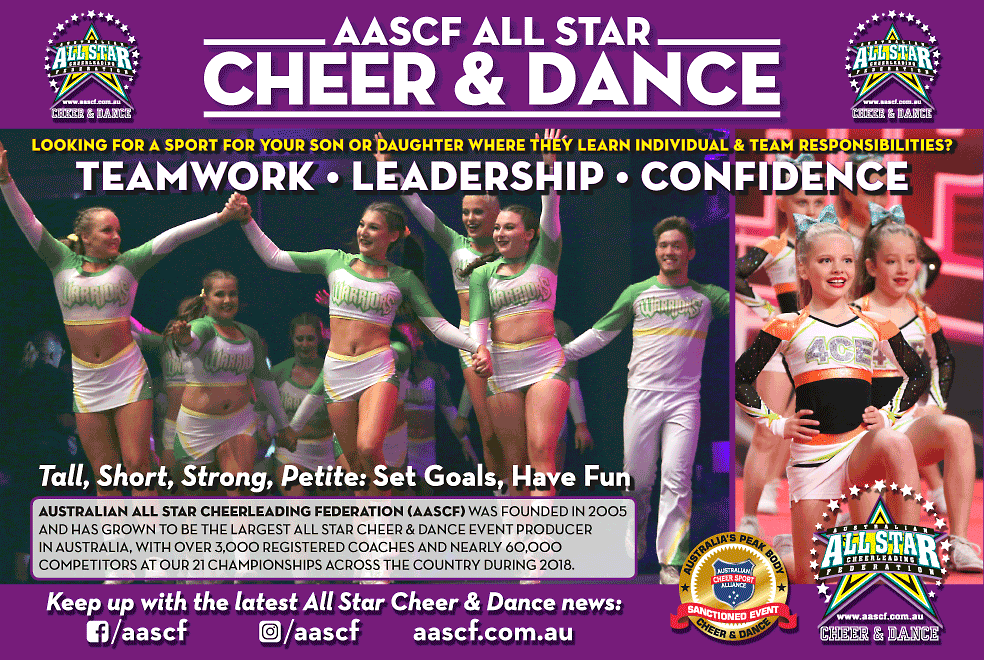 What Is All Star Cheerleading?

All Star cheerleading teams do not cheer for other sports teams.... They are the TEAM!!!

All Star cheerleading is a competition sport that involves females and/or males performing a 2 minute & 30 second routine composed of stunting, pyramids, group tumbling, jumping and a dance break. This routine is performed and scored against other competitive teams at various local, regional, national, and worldwide competitions.

When we refer to group tumbling, we mean skills like cartwheels and back handsprings. Stunting refers to a group of two or more individuals that elevate another cheerleader in the air. This also includes partner stunting that may only include one base and one flyer. Pyramids are a form of stunting but are done as a large group and are interconnected. Dance break is a portion of a routine that consists of choreographed high-energy dance moves.

The athletes are not only trained to get their bodies to peak physical fitness but also learn the important “life lesson’s” of respect, dedication, self-confidence, commitment, sportsmanship and most importantly, teamwork.

All Star cheerleading teams differ from other teams by training year-round for competitions.  They also differ from most other sports in that every team member is vital to the team and the performance. Everybody has an integral part! Each member of the squad is trained in all aspects of the sport in order to develop their skills to reach their maximum potential.

All Star teams typically consist of 5 to 38 athletes.  Squads can be either co-ed or all girl. Teams are carefully constructed to include all the elements needed to perform the complex routines of basing, flying, tumbling and dancing.  Most of these well-rounded athletes are capable of performing all of these skills.

Competition routines are typically 2.30 minutes in length. Music is added to each element and transition of the routine to enhance the intricate choreography.  At competitions, the teams are divided by age and ability level. The routines are judged based on difficulty, execution, creativity, and showmanship.

Competitions are the focus point where all the teams’ hard work is put to the test.

WHAT IS ALL STAR CHEER & DANCE?